Campaign Chaos: Get Your Amazon Sponsored Product Campaigns Under Control and Performing Better

Take Control of the Campaign Chaos and Tame It

Amazon’s Seller Central isn’t exactly the pinnacle of organization or ease. Which means that within it, organizing your account activities is challenging and sometimes downright maddening. Prime (no pun intended) example: setting up Sponsored Products ads, managing them, and dealing with reports. It gets messy. Actually, it gets really messy really quickly, and when that happens, the work feels frustrating and overwhelming.

One of our clients hated managing his Sponsored Products ads so much that he got into the habit of checking them less and less frequently in order to spare himself from dealing with the chaos and headaches. Of course, this avoidance just meant that his mess was even bigger the next time he logged in. And he was getting crushed by his competitors who had continued managing their ads with one less player on the field.

Start Fresh Without Starting Over Entirely

“I wish I could just start over, but I don’t want to lose what I had, and honestly, I’d probably just let it get out of control again,” the client told me. I explained that not using Sponsored Products ads was simply not a viable option and that we were going to start over together (without losing any history) and we were going to get it right and keep it clean this time and he would actually like engaging with his campaigns and he’d be able to run them better than ever.

Once we synched up, the first step our client and I took was to cut through the knotted tangle that was his campaign collection. We did this using Ignite software. We began by importing his existing campaigns and Ignite scanned them and organized them and presented them clearly and logically in a clean interface totally integrated with Amazon so there was no toggling between Ignite and his seller account. Because we could see the mess clearly, we could dig in and fix it and it wasn’t so daunting a task.

Cut the Dead Wood Dragging You Down

Our client’s campaigns were a mess for numerous reasons. Obviously the biggest reason was that he’d stopped managing them. In the time that he had backed off, his bids no longer made sense and his keywords were stale. This allowed the competition to run roughshod over our client because he was essentially out of the game. Worse yet, he was still paying for keywords that his competition was winning and he was essentially handing his competition the top placements.

We had to get our client’s keywords and bids back to reality and we had a lot of clutter junking things up and making it difficult. We analyzed the campaigns and eliminated duplicates and costly overlapping keywords. With those gone, we turned to the keywords associated with his biggest products. We looked at each keyword’s performance as well as its strength as a keyword. A lot of poor performers got archived and we took the poor performers that had 5+ clicks but no sales and flipped those into negative keywords. We also batched his keywords so we could easily move them to and from different target groups.

After our keyword clear-out and maintenance, we were ready to move forward. Because our client had been out of the game for some time, we got a lot of keyword recommendations, including keywords picked up from competitors’ pages and some we would have never thought of ourselves. A few clicks and we added some of those to the ad groups and campaigns and now we were not only back but we had an edge!

Now it was onto bids. As I wrote, the client’s bids made no sense because they were so outdated and his competitors had outbid him easily and they left him spending blindly. With keywords and target-match groups now up to date, we refreshed his bids. Our client may not have been watching for the last 60 days, but Ignite was, and it was collecting data and spotting trends so as to suggest which keywords to bid on and just how much. We also set up a low-budget Amazon automatic campaign just to see what it would generate in terms of keywords and and how it performed compared to the manual campaigns we were reconfiguring.

Staying Involved and Optimizing Is No Longer Painful

After our clean-up-and-move-forward session, our client said he felt as if a weight had been lifted off of him. He said that the worst part of the months he avoided tending his ads was knowing not only that he was throwing money away, but understanding that his campaigns were just getting more out of control and they’d be worse when he did finally face them.

I suppose that we could have gotten our client back on track with his Sponsored Products ads just using the tools that Amazon gives sellers, but it would have been a lot more difficult, a lot more time consuming, infinitely more tedious, and without the benefit of all of that rich keyword data and bidding advice. More than that, the client would still hate dealing with his campaigns and he’d probably, after time, lose interest again and ignore them.

We took the pain out of standard campaign management and we set our client up with keywords and bids that give him the edge over his competition. More than that, our client understands Sponsored Products ads differently now and he says he actually enjoys working with them. His sales are back on track and he’s feeling rejuvenated with regard to his business.

If you’ve got Sponsored Products ads campaign chaos or you just want to see how Ignite can optimize and boost your campaigns, I encourage you to take advantage of the free 30-day Ignite trial. Even if you don’t subscribe, I think you’ll really learn a lot about how campaigns work and the ins and outs of ad groups and keywords and bids and you’ll become more confident with regard to Sponsored Products ads. 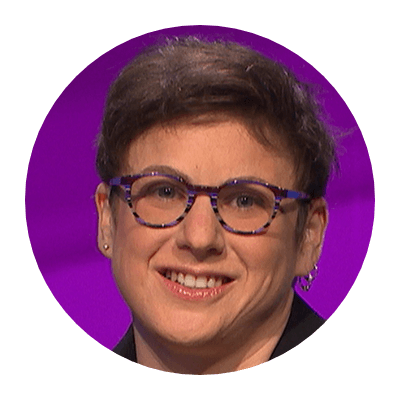 Lena is a senior copywriter at Seller Labs. She has nearly 20 years of editorial experience, heavily concentrated in the fields of technology, publishing, and education. When not gathering information and writing about it, Lena can be found restoring vintage furniture or hiking with her dogs.