The South Carolina DOR wants Amazon to begin remitting sales tax on all South Carolina sales within the next 10 days.  They want Amazon to place the funds in a trust while their other case is pending. South Carolina’s other case claims Amazon is responsible for $12 million in uncollected taxes, fees and penalties. As Eugene Kim from CNBC stated, “The dispute isn’t isolated and could lead to a broader debate over online taxes.” This could change how online sellers do business.

In an injunction filed on November 8, 2017, the DOR states that “This motion seeks to require Amazon to collect taxes on all of its South Carolina retail sales (including sales of third-party owned items)- the same taxes owed by every retailer that makes retail sales in South Carolina.”

Could this be a landmark in the debate over who is the retailer on third-party Amazon sales?

The injunction points out that:

It further goes on to state that, “The department initiated an audit of Amazon and determined that Amazon was the entity selling property owned by third-party suppliers on its website.”

This is a developing story and we’ll be posting updates as news comes in. 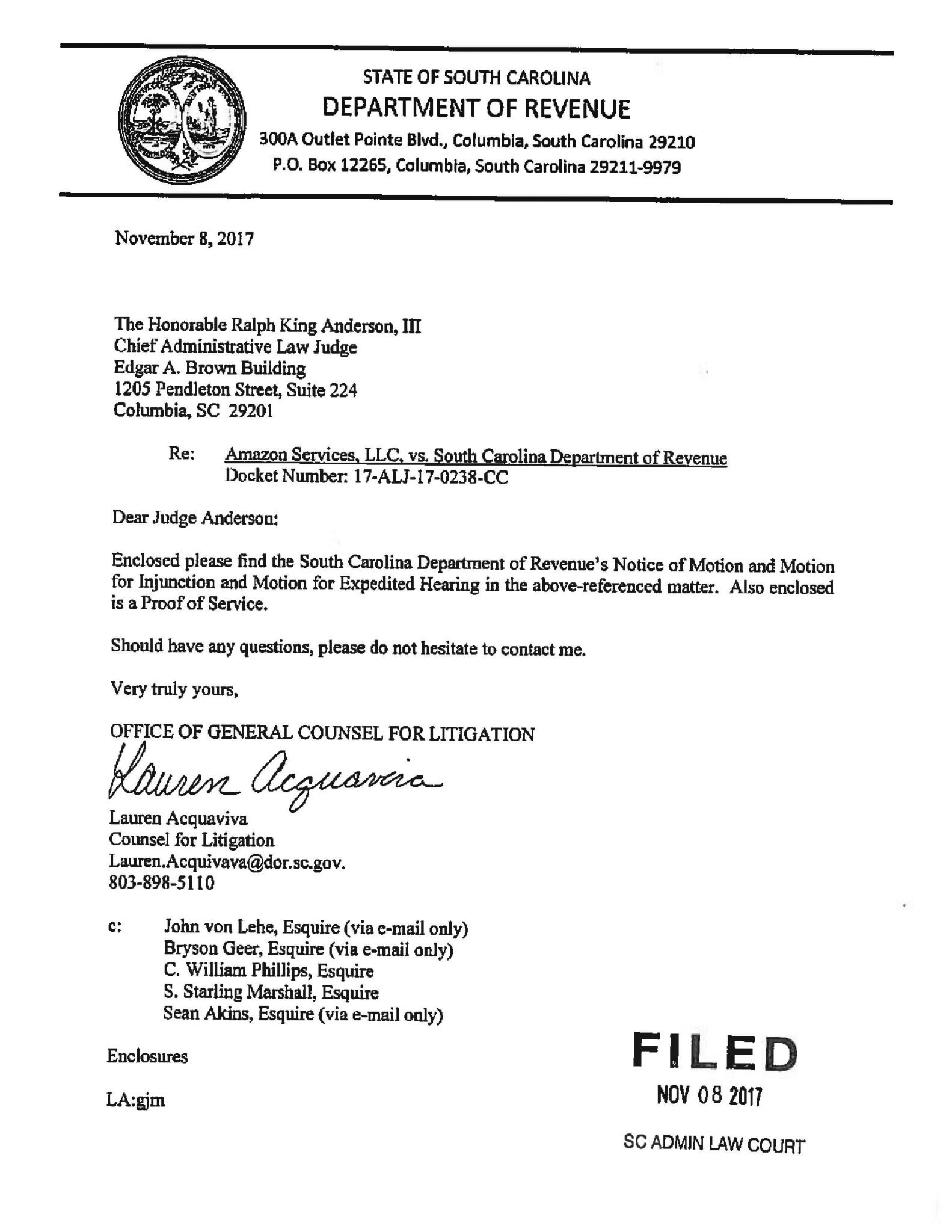 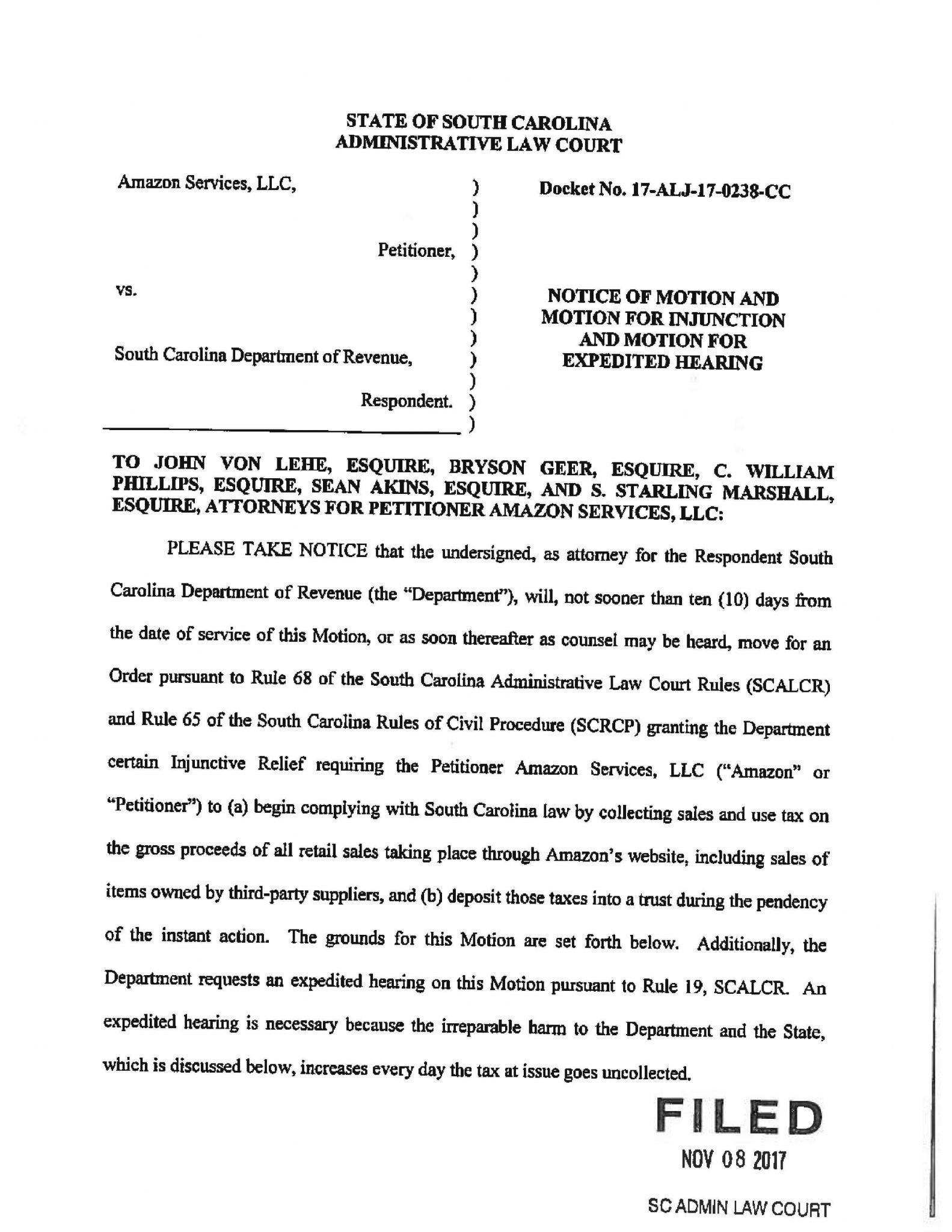 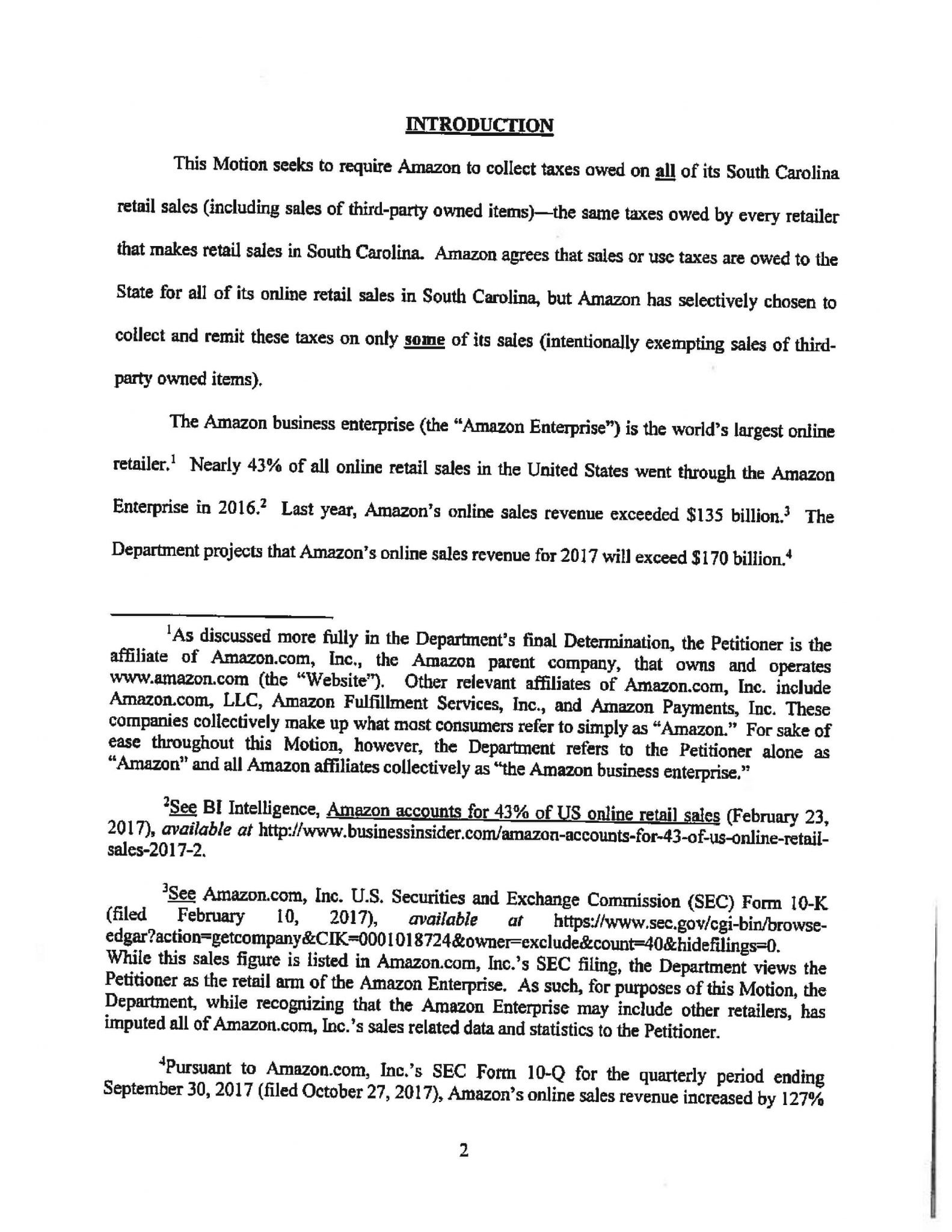 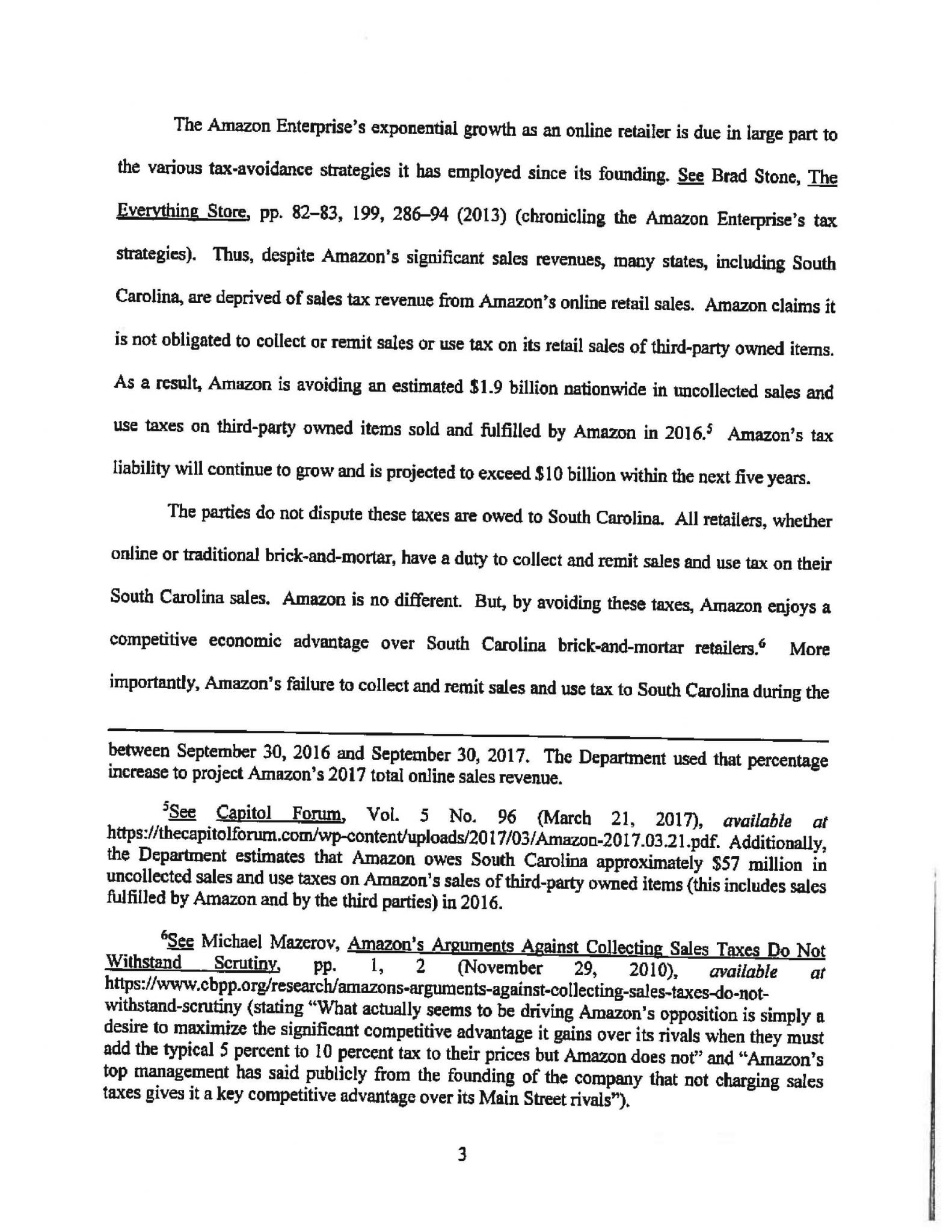 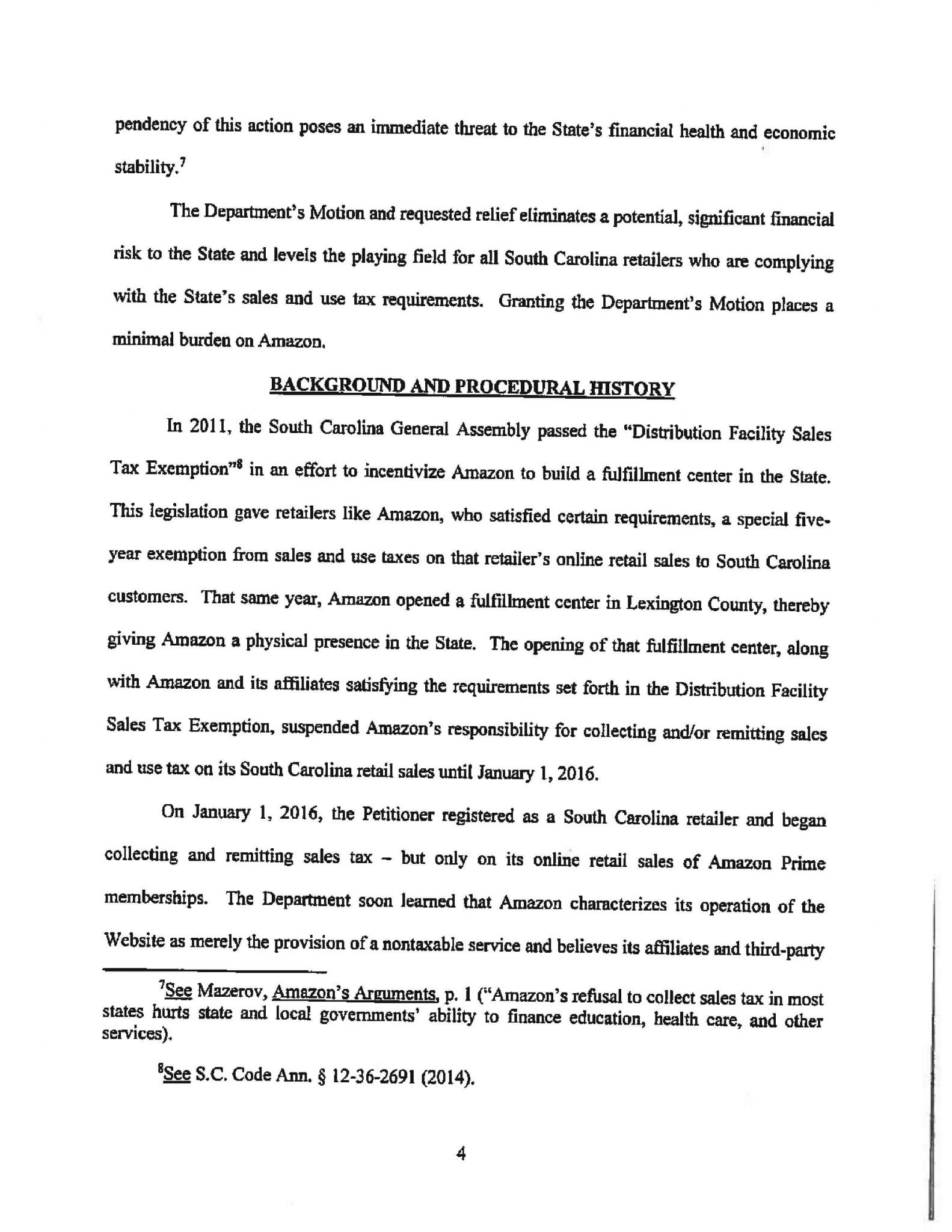 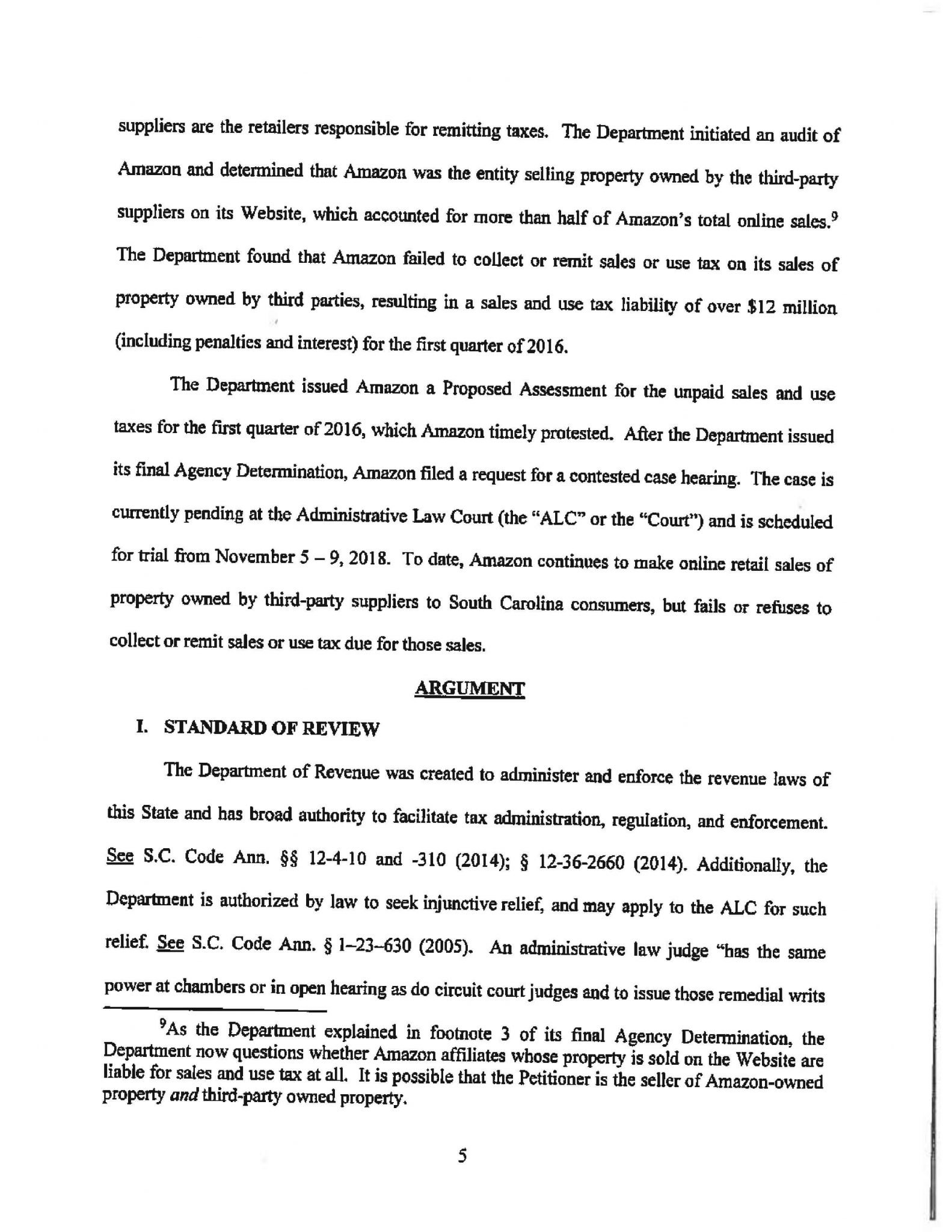 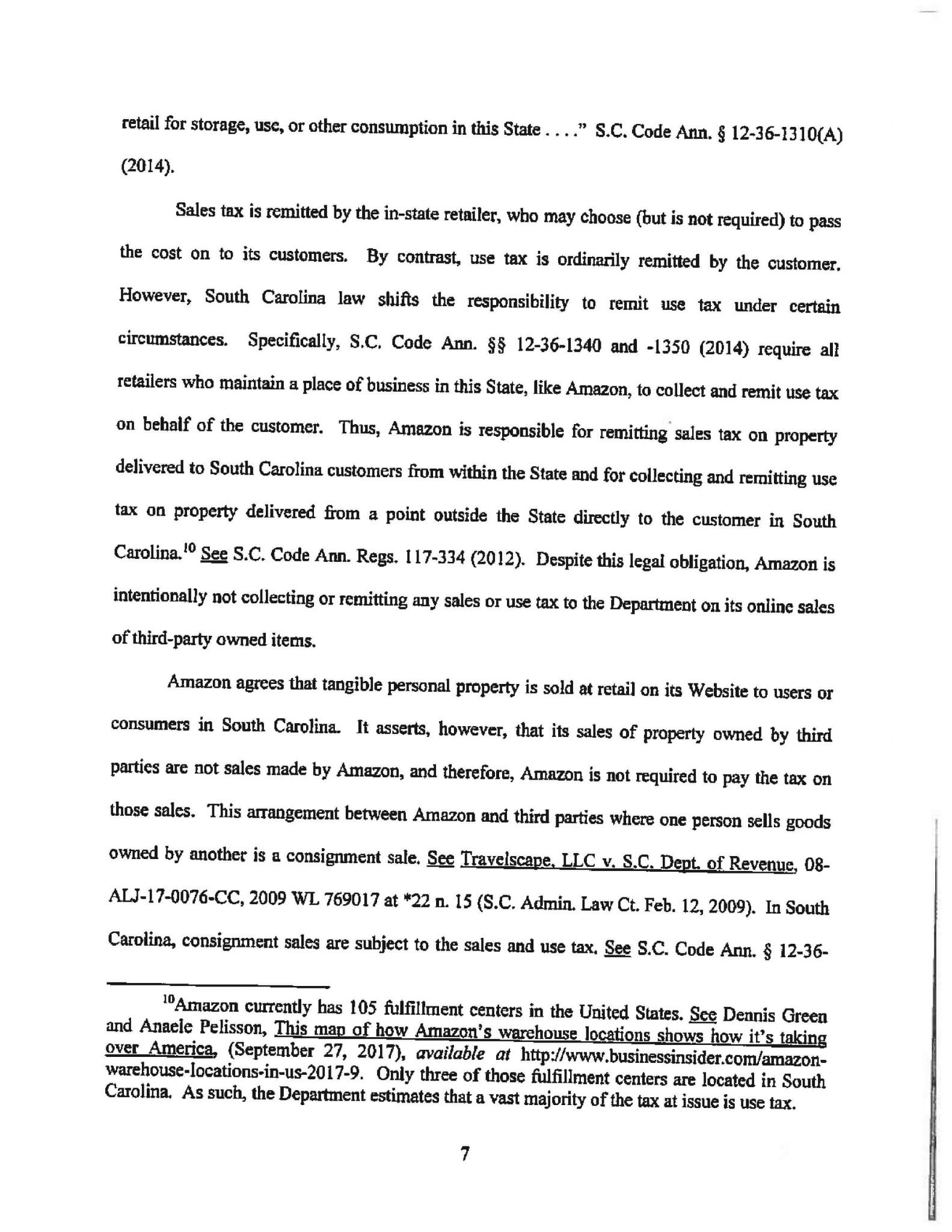 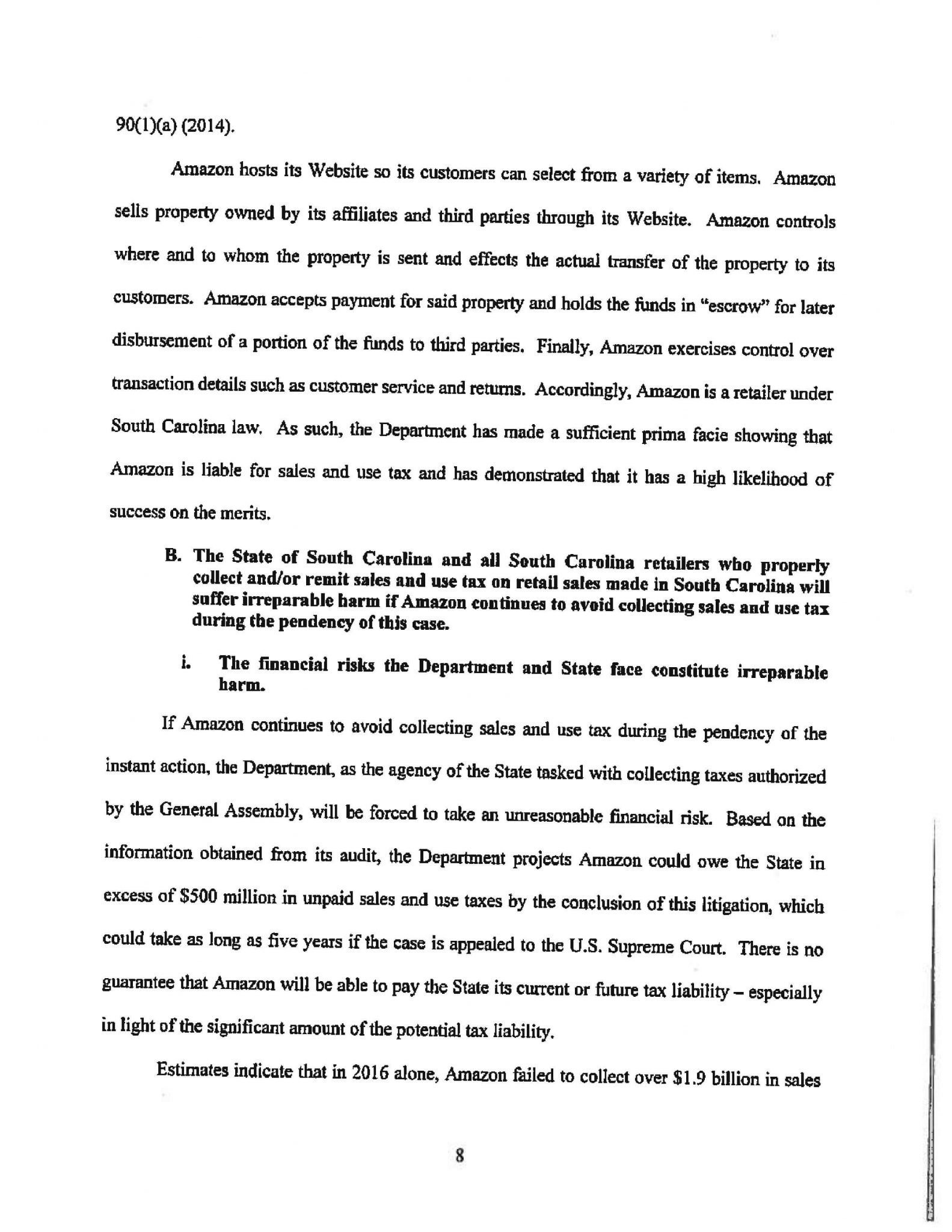 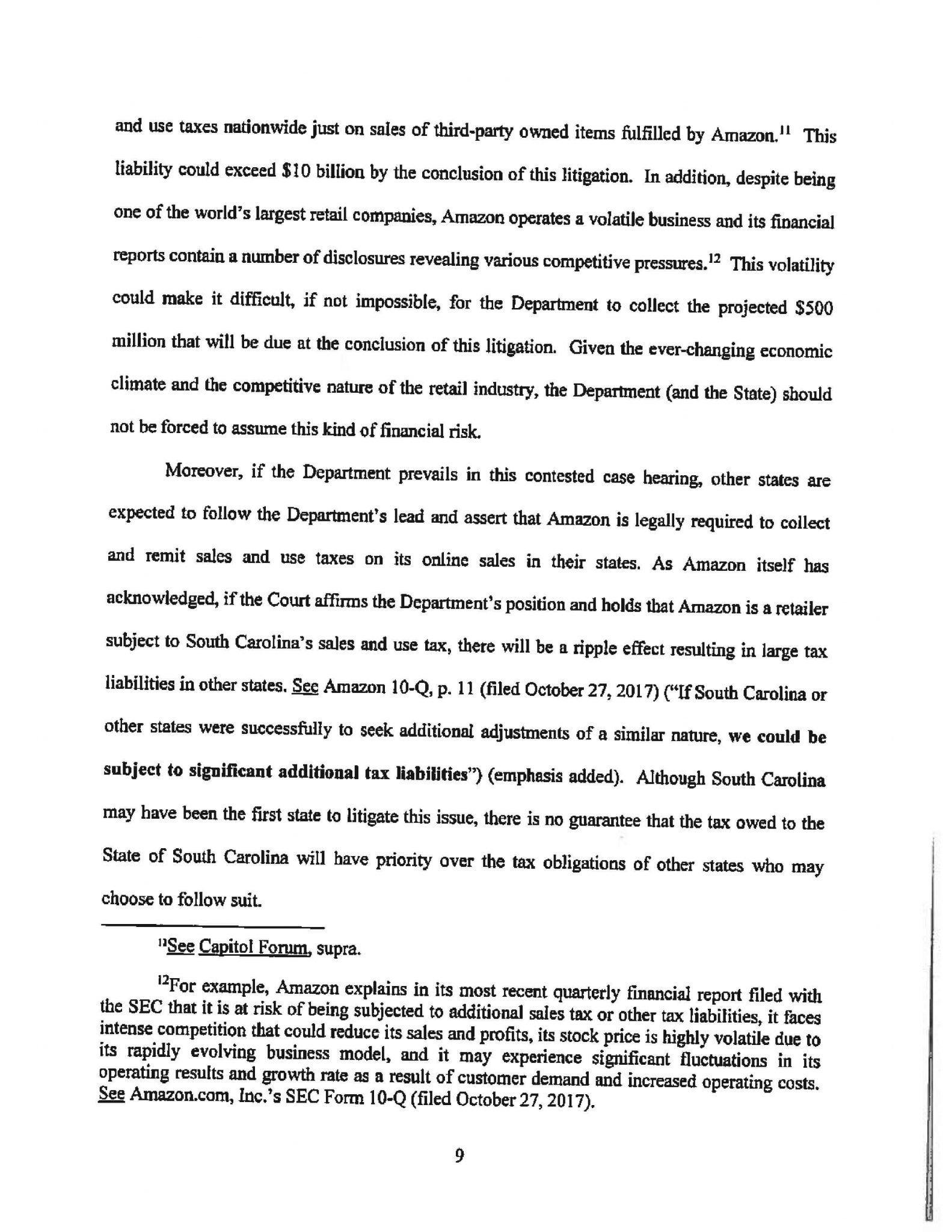 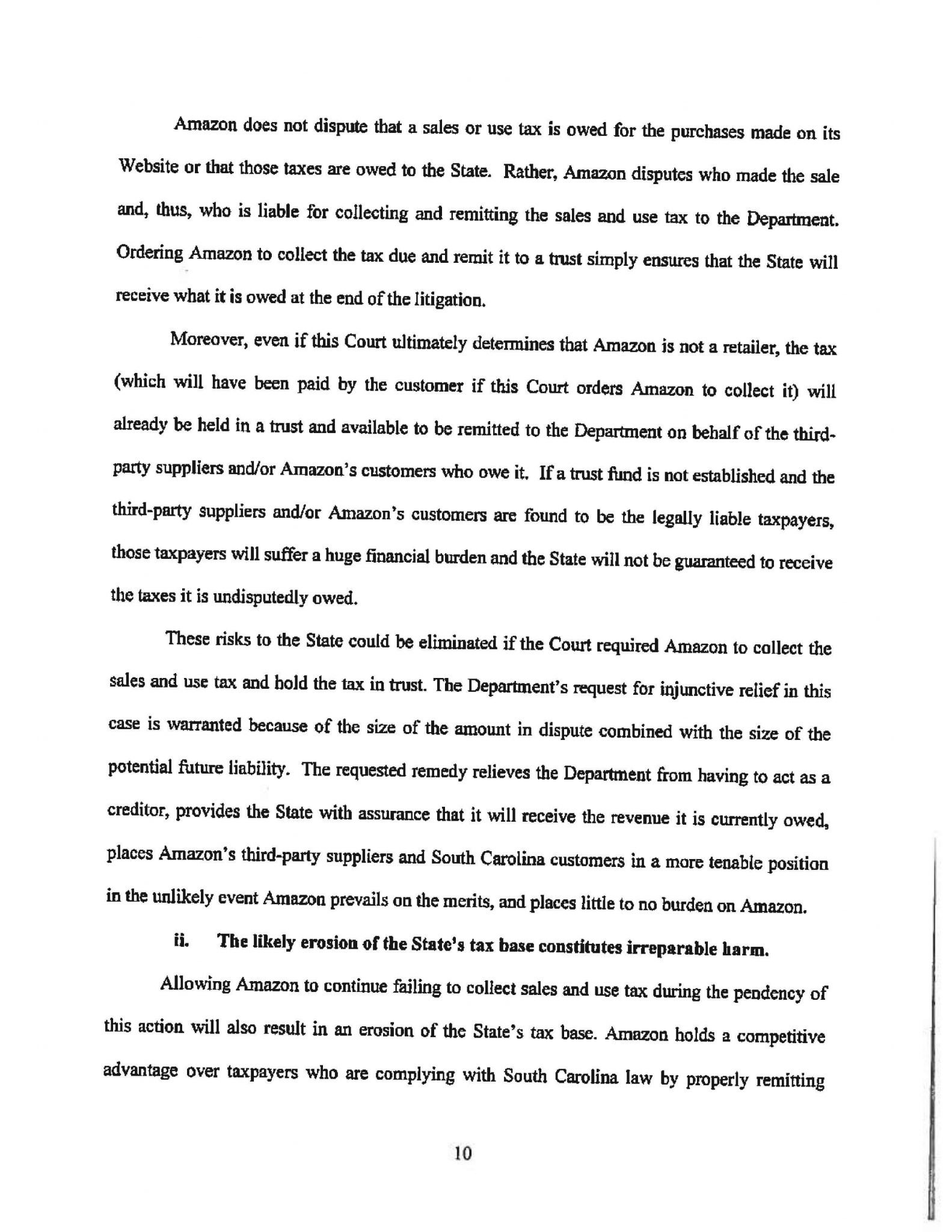 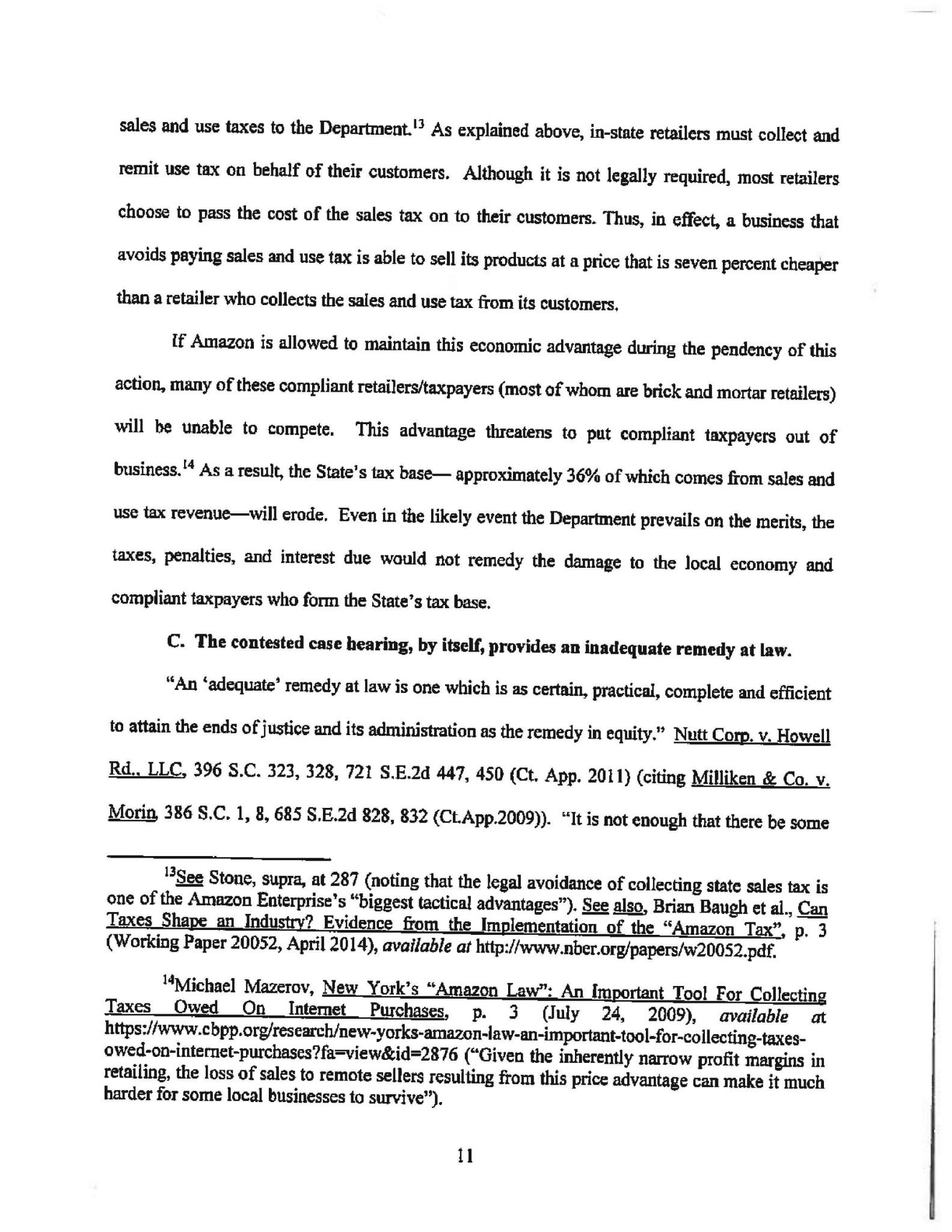 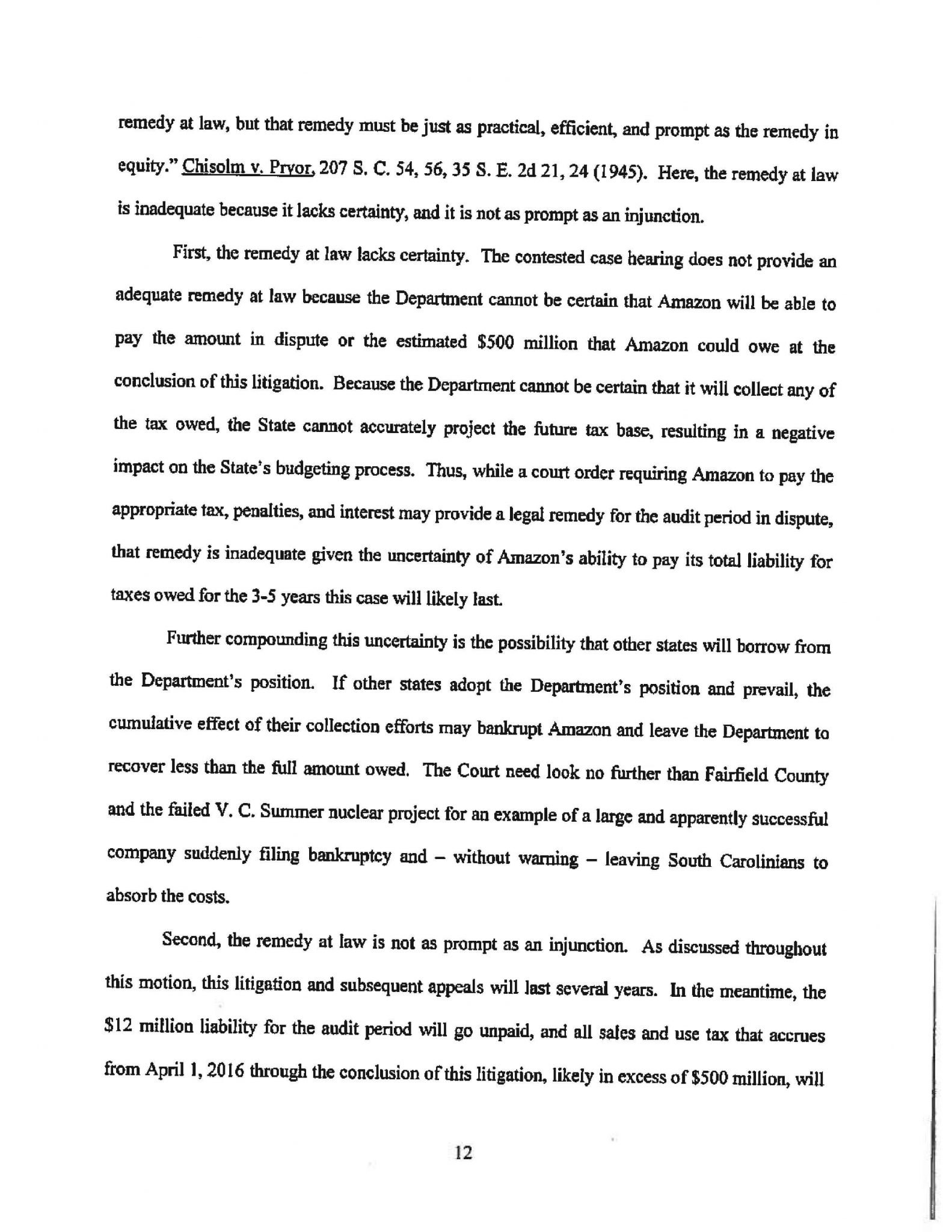 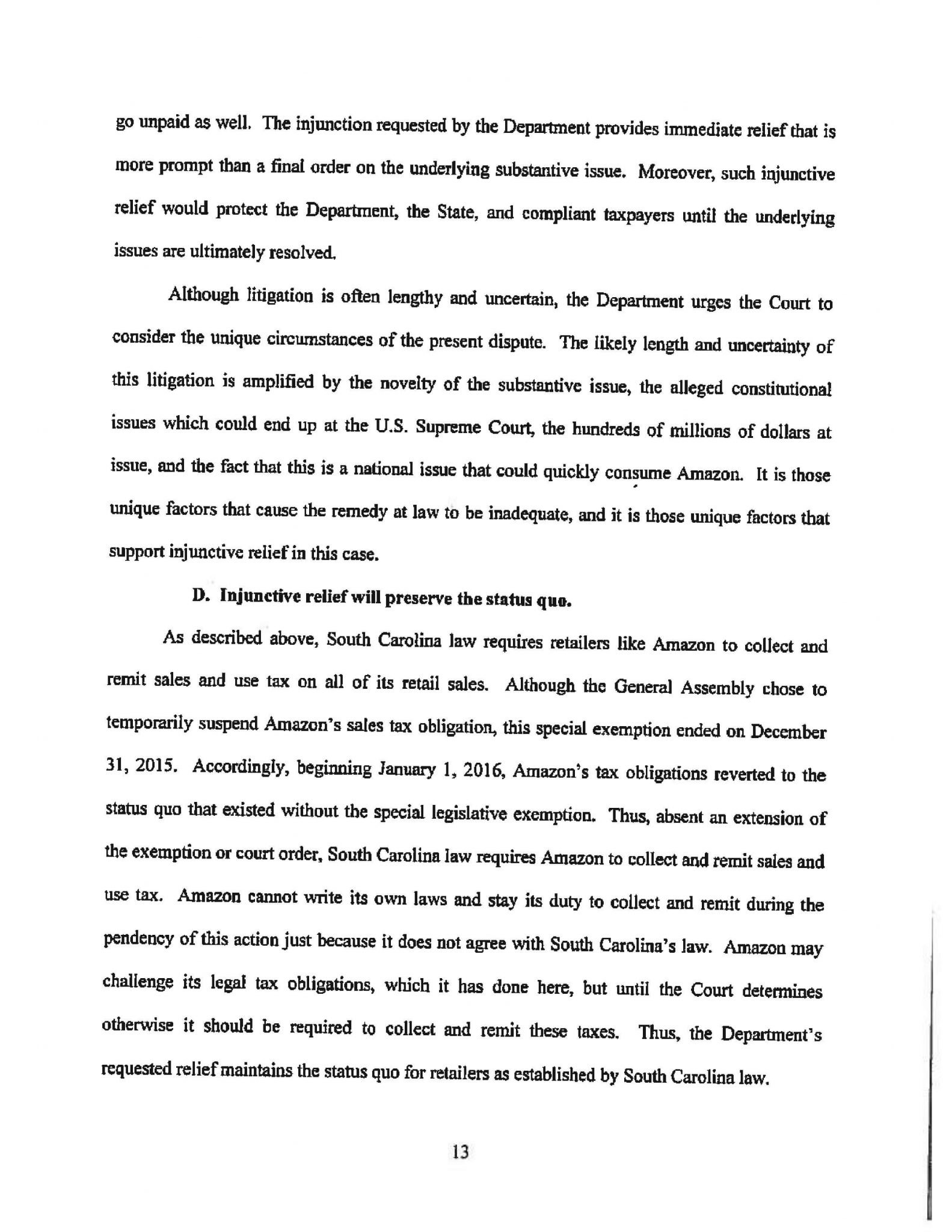 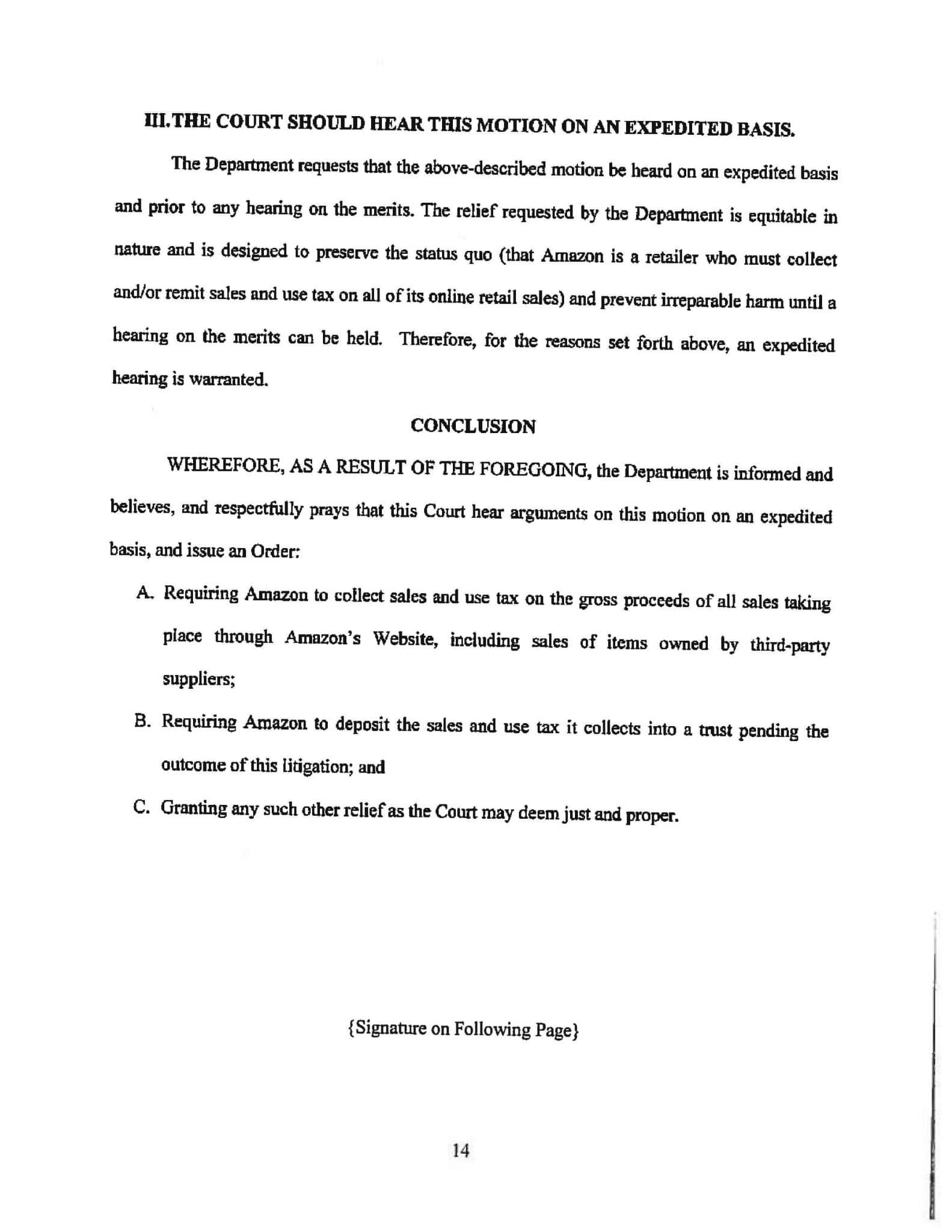 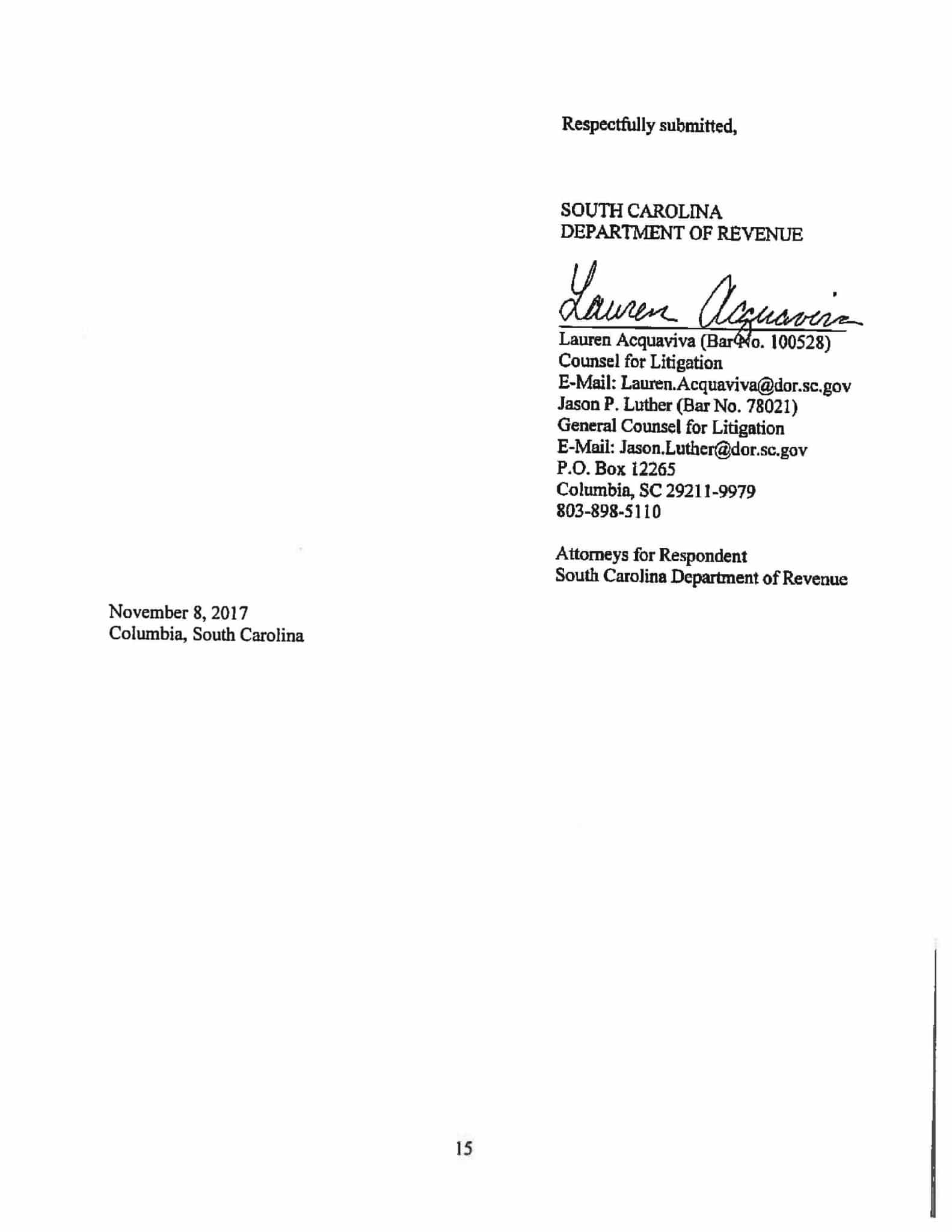 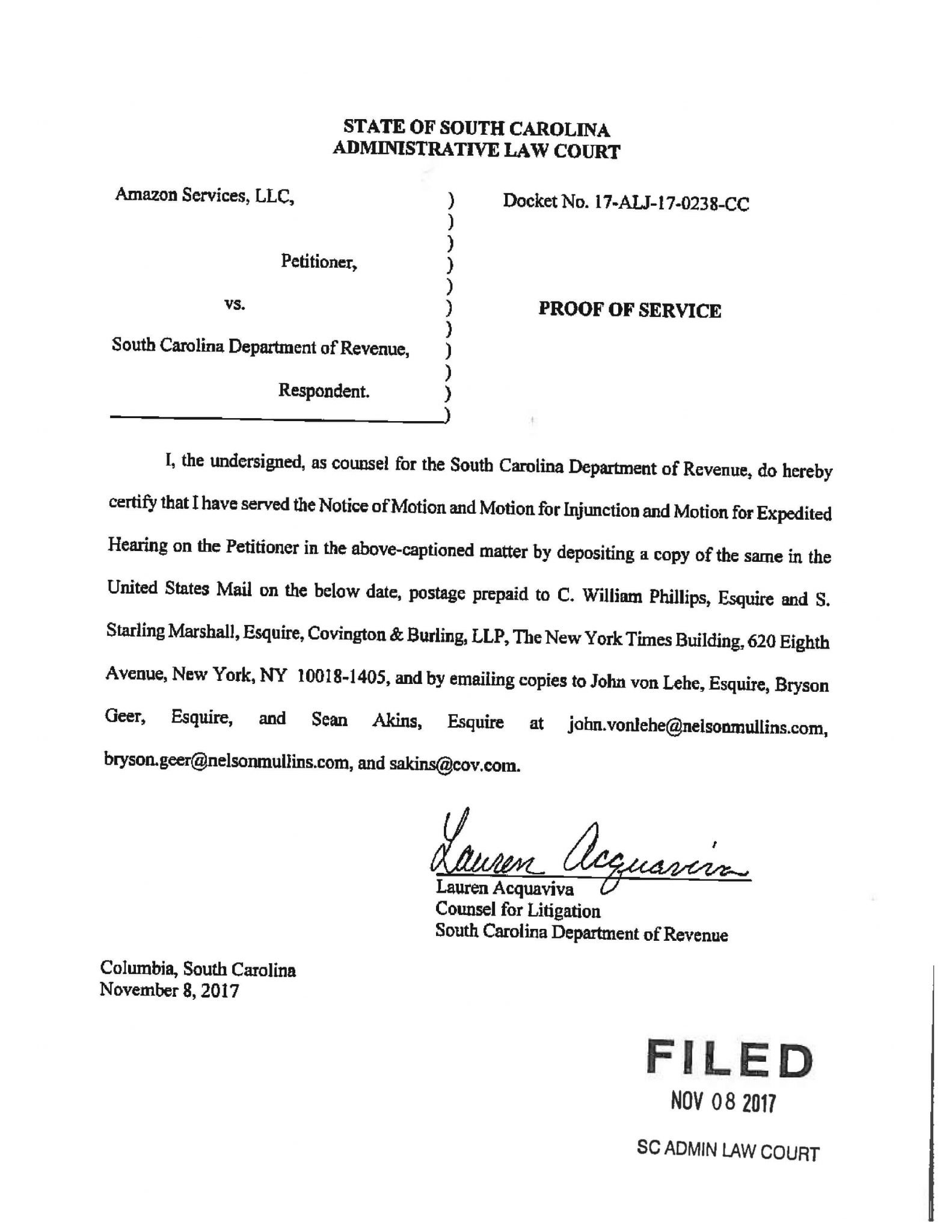